Why do local dogs run when you try to frighten them? 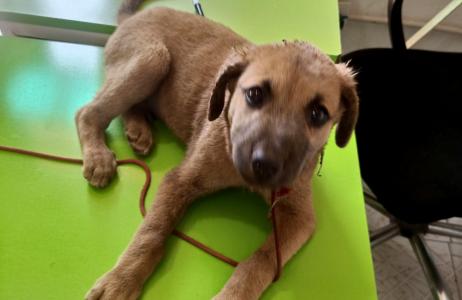 In my teenage age, we use to believe that all local dogs are cowards and that when you raise a stone and try to stone them they will run away. We always used it to make fun of this local breed of dogs. The truth is that 99% of the time it worked. In fact, when we call them "Ekuke", we are actually referring to this behavior. We also believed that the foreign breeds like the Rottweilers, German Shepherds, Bull mastiffs, etc will attack you and possibly bite you for raising a stone against them.

One day fate caught up with me. I was alone going to visit a friend in a small slum called “Afia 9” in Enugu in the 1990s, I saw this dog sitting right in front of the entrance to the compound where my friend lived. I recognized the dog cos I had seen the dog several times going to hunt for meat at the butcher's stand in the market (The slum settlement is actually directly behind the butcher's stand).

I just did what I used to do, picked a stone to frighten the dog and the dog came for me this time. As he approached to grab my hand with his teeth and someone screamed at the dog and he stopped but still showed me his teeth in anger. This action really distorted my belief instantly.

Now I am a vet and I know that you can frighten a dog that is far from home but try not to do the same in his own territory because you will be resisted. The fact is that dogs are territorial in nature and they know when they have left their territory. They are usually cautious when they are away from their territory and that is why they will run when you try to stone them or chase them away. He knows his own territory and the members of his territory so you, a stranger, are looking for trouble trying to frighten him in his own territory. You will be resisted. This is also applicable to many breeds of dogs, especially the ones that are mostly used as guard dogs. 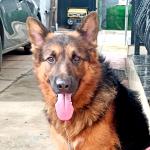 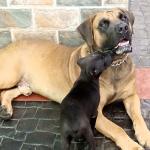 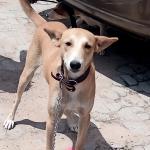