What is a pet and why should I get one? 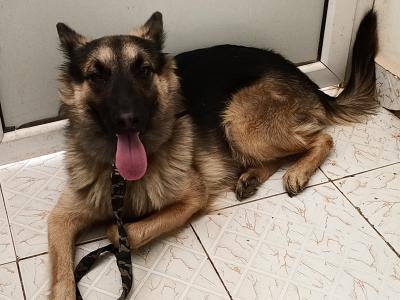 I have always loved to be around animals all my life. When I don’t have a pet, I go out to find one. I used to sneak out to fish in a faraway river and sometimes I join my friends to set traps for birds in corn farms to catch birds and cage them as pets. This was a big problem for my mum, she had tried beating me several times to stop me from sneaking out, but it kept happening. My aunt solved the problem for her by getting me a female local chicken. I was always busy building a home for this bird and her babies when they came.

At a point, I had up to a hundred chicken from that single bird. I always loved the first chicken. I named her commando (after the movie) because she has a way of fighting hawks that come to carry her chicks. She usually starts making a loud crow and at that signal the chicks will hide under the parked cars, and she would fly to the fence waiting for the hawks to come down to pick a chick. It used to be a big show of strength on her part to me and I loved her for it.

I got pigeons later to add to the chicken followed by guinea pigs, rabbits and eventually dogs. It has been a life with animals, and it has always been fun. I could spend hours caring for my pets. I used local medications to treat my birds and rabbits when they became ill and sometimes, I am successful, sometimes I fail. When I lose any of my pets it used to be a problem at home because I’m usually sad all day that my mum would take me out to get another one just to brighten my mood again. Somehow, she succeeds because I get busy again with the new pet (laughs).

According to Cambridge Dictionary: a pet is an animal that is kept in the home as a companion and treated kindly. As a vet and an animal lover, the above definition is just to summarize the meaning of pets. In the course of my work as a veterinarian, I have come across so many animal lovers and it has been fun to work for them. I used to tell our clients that my job is fun, and I love it. When I get a bite from dogs, I don’t usually blame the dogs because if they knew I meant well they will not bite me anymore. Some stop biting and some won’t.

I think most humans are given that inner love for animals in as much as we eat some of them. I know some people that had phobia for some animals but somehow started liking and becoming closer to them. It’s so magical to see this happen and it makes me happy to hear these stories from the people in question. They start to tell you how they love to see the pets eating and when they refuse to eat, they start to get worried.

Some people just love unusual animals, like snakes, lizards, owls, animals considered to be weird. And when they tell you how they fantasize about these creatures you will marvel. Some guys I know, especially from Northern Nigeria show so much love for Horses, Peacocks, geese, cats, parrots etc. They always kept and cared for these animals as pets. The Fulani tribe love their cattle so much that the death of one cow is usually mourned. They don’t count their cows because they believe that when you count them, they start to die, when you ask them how many cows they have, they will simply say: “They are many”.

I believe that nature gave us some sort of connection to animals and as we grow older, we start to choose the ones we care so much about and probably get them as pets. I think dogs are so common because of what they do for humans in terms of security and as companions. Cats are simply full of themselves, and some people love them for being so smart. Some people love parrots because they can talk back at you repeating what you say. We all love some animal for different reasons.

I see some people get hysterical at the sight of a cat or dog or any other animal but when the animals are sick the same people feel pity for them and try to see how they can help. Sometimes, I wonder why someone would want to help an animal but won’t get close to the same animal.

There is a sort of inner feeling of excitement when we are able to help or feed an animal. This feeling gives us some sense of humanity. We feel like we have done something good. When we own a pet, the inner desire to do good and let our pet feed just the way we feed is so powerful that will often ignore the cost of caring and feeding these pets. Sometimes, this feeling makes us feel like living. Sometimes even when we have given up in life.

Some people get laughed at for taking their pets to the vet in Nigeria and many pet owners are already used to it. I think it’s a magical feeling to be around animals and to have fun playing with them while your sorrows and troubles are either forgotten or suspended. Animals are not like humans that might decide to change their minds about you and probably brake up with you and all the memories you shared together is a thing to regret. They love you until death separates you from them.

Yes, animals can bite sometimes and there are widely know reasons for that, but those reasons won’t stop animal lovers from having and caring for their pets.
0 Comments