Why dogs matter in our lives 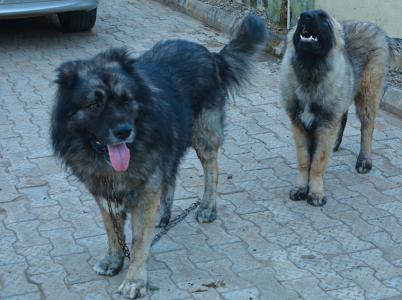 Dogs have found their way deep into our lives as humans due to the fact that they have been able to show strength in areas humans fail. Dogs were domesticated by man centuries ago to perform so many tasks and those tasks have increased as new ways of training them evolved. It is a known fact that humans cannot be replaced by dogs neither can dogs replace humans therefore many things have been delegated to dogs consciously or unconsciously because they do those things well especially where human ability is insufficient.

Dogs have been used as pets to humans for many centuries because they have proven to be very good and effective companions. They recognize their owners and his family and they eventually become a member of the family in many ways playing some crucial roles like keeping the members of the family company among other things. These pets show love to every member of the family and would play with anyone who wishes to play with them. They hardly turn against their owners in aggression. They are quick to recognize strangers and show some protection for his own family.

Dogs have become a major part of our law enforcement agencies assisting them to track down criminals and also to discover hidden items that might be detrimental to the life of the general public. These tasks are done by these loyal canines and the majority of the citizens do not even realize. In fact, many of our policemen and women have given an account of how these dogs kept them alive in the line of duty. Some of them have taken bullets for their handlers who are policemen.

Many dogs have helped in search and rescue missions especially after a high magnitude natural disaster. They help to discover people who might be hidden in rubles created by the disaster which the human eye and sense will not discover easily. With their great sense of smell, they have saved the lives of many.

Dogs have been used for centuries to guide blind people in many cities of the world. These dogs are trained to navigate the cities and towns in order to be able to guide their owners around. Some of them are also trained to shop for groceries and other items for the humans that lack the ability to move around filling the void for the physically challenged.

Dogs are also recommended to elderly people whose children have all grown and left the house to serve as a company and to signal any danger or the presence of a stranger.

There is a lot of dogs that have contributed to our lives that cannot be wished away due to the level of importance these contributions have changed and shaped our lives making them indispensable in our lives as humans. You may not love dogs but you need to know that dogs have helped to shape our society today and deserve a place in your hearts as an appreciation to them.