How much can you buy mixed breed of dogs? 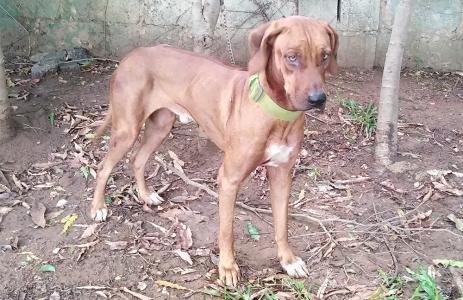 It’s so funny how some people parade their dogs and claim that they are full breed or pure breed of dogs without knowing that what they really have is actually mixed. People tend to believe that puppies with large paws and are fat are most likely to be a pure breed, this is one lie that desperate dog or puppy sellers sell to their prospective buyers, especially those sellers that hawk along the road.

The problem with the mixed breed of dogs is that many dog owners love to pride themselves with the fact that they actually own pure breeds and use their dogs as a yardstick to measure other peoples’ dogs. This is common among breeders in Nigeria, where every breeder will want to look superior to other breeders by pointing out flaws that other people’s dogs have which theirs do not.

I came across a “German shepherd dog” which was big and tall like a Caucasian mountain dog and the first thing the owner told me is that his dog is a pure breed and that he got it from a breeder in Jos, Plateau State of Nigeria – Jos guys have a reputation of breeding dogs all year round. I know very well that what the man had was not a complete German shepherd dog but the attributes this dog picked up from his parents were very confusing. His coat was looking normal but when you touch it, it feels like a Rottweiler’s. He had straight back not the typical slant back of a pure breed German shepherd dog.

I really admired the dog, he was really friendly having been indoors all his life, and he was also looking very healthy and strong. If you place that dog side by side with a pure breed, I will definitely choose that one. The same goes for so many other dogs we have around this country, many of these mixed breeds look better than the original parents depending on the features you are mainly interested in.

How much do you buy these mixed breeds? The point is that most sellers will not like to tell you that their dog is mixed. Some of them simply select the puppies that look very close to a certain breed and name it that breed and will go out to sell them as such, therefore they will not tell you that they are mixed. This is mainly due to ignorance not necessarily to do mischief, although some do mischief because they know you can’t track them later. Sometimes people buy puppies in the name of a certain breed only to find out the dog was actually mixed by the time they are fully grown but will still love the dog so much that they will want to find that mix again to buy due to their experience with the previous one.

The point here is that you actually buy these dogs as a pure breed when they are actually mixed but some of us into the sale of these dogs can tell if they are mixed from the price of the puppy. Mixed breeds of dogs are expected to be low in price compared to the pure breed but not all the time. Some of them have the same price range as the pure breed in the case of Mastiff group of dogs where they can be mixed with other mastiffs and the puppy will look more robust than the puppy of the original breed which will make any buyer prefer it to the original and pay whatever they are asked to pay.

Toy breeds like the Samoyed, Japanese Spitz, and American Eskimo have been intercrossed so much in Nigeria that you don’t even know the difference anymore. What we have presently in Nigeria can be called “unclassified Spitz” due to this problem. Somehow these breeds look alike but are different when you look closely physically. They kind of share the same price range (#30,000 – 70,000).

There is a huge conflict about crossed Caucasian Mountain dogs available in Nigeria. Many of these dogs have many features of the German shepherd dog and that of the Caucasian breed. Many sellers use that huge paw which the puppy might possess to confuse buyers to believe the puppy is actually pure. They mostly succeed to sell these dogs as Caucasian Mountain dog. Sometimes these dogs grow so well and look like the real thing but with an experienced eye, you can tell the other features the dog inherited from its parents. A very pure Caucasian Mountain dog will go for as much as #200,000 – #300,000 but these crossed breeds are usually sold at about #70,000 - #150,000 – Sometimes as low as #50,000.

Another common mixture is the German shepherd with our local African breed of dog. These local dogs come in different shapes and sizes, up to Northern Nigeria they can be very tall compared to the Southern part of the country so they tend to manifest in the mix. It’s very common to see these local dogs mixed with German shepherd dogs than it is to see the ones mixed with any other breed of dog here in Nigeria. After the mix, it looks like these “breeders” select the puppies that look more like the German shepherd dog and name them German shepherd, and someone might buy the female from this mix and cross it with another pure German shepherd dog and the puppies sold as pure. This trend continues and you see this breed lose most of its main characteristics like the lowered back, the black vest color coat, standing ears, and sometimes the intelligence. Many of them are sold as low as #15,000 - #50,000 depending on how good they look. Some of them can look so skinny that you will not feel like buying & some will look so robust that you feel like keeping one.

READ ALSO:Dog breeds and their price range in Nigeria