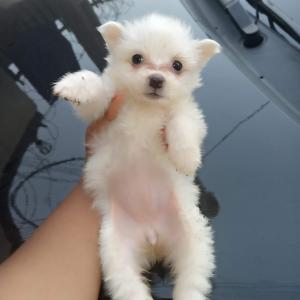 The Chow chow is a proud and very independent breed in character. Originating from China where it was produced as food. They come in two variety: short-haired and long-haired varieties with a characteristic blue tongue in both cases.

The Chow chow is a dog with a mind of its own but calm and noble, independent, dominant, vigilant, brave, demanding of itself, and full of character. It is asserted that the shorter-haired variety is more active and learns faster than the longer-haired.

The majority of Chow Chows are dominant towards other dogs. In contrast, they are usually good with children. They need to be introduced when young to cats and other household animals to prevent problems. The Chow Chow is somewhat reserved in the company of strangers.

The Chow Chow comes in short-haired and long-haired which are somewhat believed to be different in character and sometimes regarded as separate breeds. The color ranges from plain red, black, blue, and cream. Chow Chow has a blue tongue and blue pigmentation.

The care for the short-haired Chow Chow is much less than of the longer-haired variety. In spite of this it must still be groomed regularly with thorough brushing, especially during moulting. The Long-haired Chow chow needs regular thorough brushing, especially in those places where tangles may form. The young Chow chow of the long-haired variety needs to be introduced to this brushing ritual to avoid resistance against grooming.

The Chow chow calls for a handler who is calm, equable, and exudes natural authority. It is asserted that the short-haired variety is more active and learns faster than the longer-haired variety.

The Chow chow is a powerfully built dog, leonine in appearance with a proud, dignified bearing, loyal yet aloof, and with a stilted gait. The head is large and broad, the ears small, thick, and rounded, the eyes small and dark. The body is short, compact, and strong. The tail is carried well over the back.