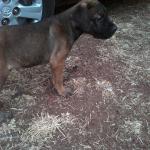 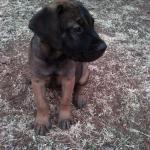 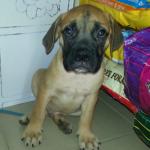 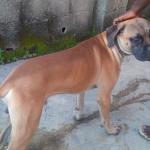 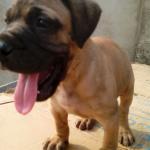 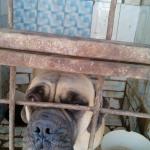 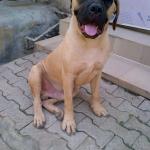 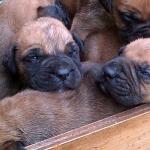 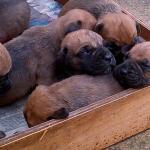 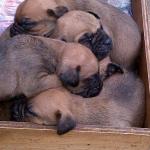 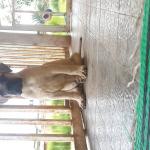 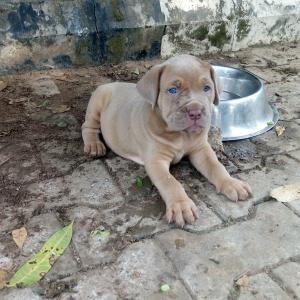 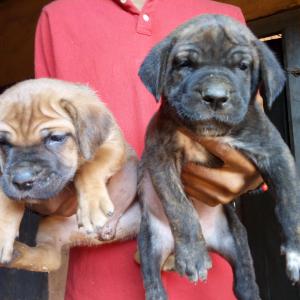 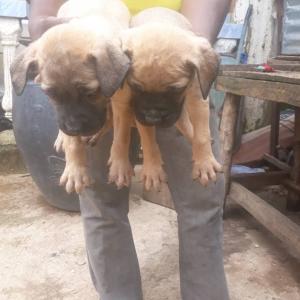 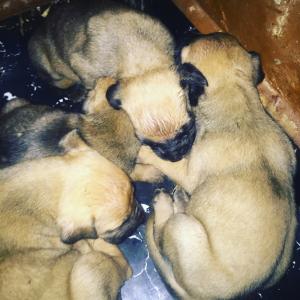 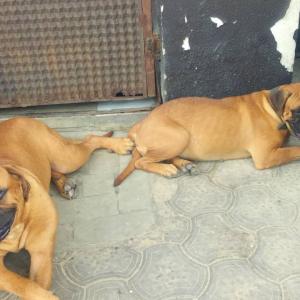 The bullmastiff is a 19th-century development of these ancient breeds, the product of a cross between mastiffs and terriers to produce a smaller, more active dog. It was used as often referred to as the Gamekeepersâ Dog and because it often worked at night was also sometimes called the Night Dog. recognized as a breed in 1924.

A sagacious guard and one feared by even the boldest poacher, the Bullmastiff is quick enough to catch the fastest runner and capable of throwing down and holding the strongest of intruders. Officially.

The bullmastiffâs temperament combines high spirits, reliability, activity, endurance, and alertness. It is a powerfully built dog showing great strength but not cumbersome.

The coat is short-haired and the colors, which may be streaked, are tan or red-brown, always with darker muzzle and ears. A little white on the chest is permitted.

The bullmastiff requires little grooming but there is a need to remove dead and loose hairs with a rubber brush or massage glove.

The bullmastiff reacts best to a fair, stable and consistent approach carried out in a harmonious manner. Sensitive to the tone of your voice the bullmastiff is not really difficult to train but requires a handler who can assert his authority.

The head is large and square, and the skin wrinkles when the dog becomes interested in something. The neck is well arched and very muscular.