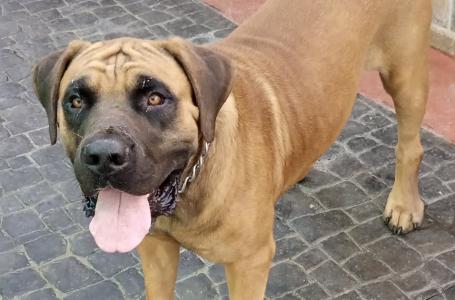 A client was once trying to explain the death of his dog and mentioned that his dog was always barking at a particular guy that visits one of his tenants. He kept emphasizing that the guy must have some evil intentions and that is why the dog always barks at him because “dogs can detect evil people”- He said. He lost the dog mysteriously and he concluded that the guy must have killed the dog somehow. I don't want to go to the details of the police case and others that followed.

Yes, I have seen dogs being used to detect drugs from traffickers and used in search and rescue missions due to their very strong sense of smell but used for detecting evil intentions? I don't think so. One thing I believe for sure is that dogs can perceive fear and anxiety from people – not really sure. Some people would just take off and run at the sight of a dog, even when the dog is not dangerous and that can be linked to adrenaline rush in the blood of the person.

Adrenaline, is a chemical substance or hormone which when released into the body or blood gives the person a signal to act towards keeping himself or herself safe. It's usually elicited when someone is frightened, angry or excited, which makes the heart beat faster and prepares the body to react to danger (Cambridge Dictionary). Some people will just run for safety and some people will act towards staying alive by either fighting off the problem or taking extreme precautions. There is a believe that this chemical substance called Adrenaline can be perceived by dogs through their sense of smell and can be interpreted to be “evil intention” related.

I don't know if it's possible to train a dog to perceive adrenaline since the chemical may have to be extracted and introduced to the dog as part of his training just like it's done with drugs and human detection where the substance is directly introduced to the dog or the clothes of the person to be found brought closer to the dog's nose to smell and get accustomed to.

There are many Africans that believe that dogs don't only fend off evil minded people but also fend off evil spirits and witches that might want to harm them at night, especially when they are asleep. In my own mind, I think evil minded people will not want there intentions exposed by a dog and will try their possible best to stay away from premises with dogs. The mere fact that the dogs will announce their presence can serve as a deterant.

Just like the client that complained about his dog that was showing serious dislike to a particular individual, I have come across some scenario in my practice too. Some dogs can single someone out and decide never to get along with such a person while the same dog is very friendly to every other person. Sometimes, you can hardly explain the problem. This might be where that believe came from.

What if there is a particular perfume, deodorant, body scent, make-up, hair cream, hair dye and any other substance that someone constantly uses or bears that makes the person smell unnatural to the dog? Since dogs have a great sense of smell it might turn out to be any of these aforementioned substances that can be a turn off for the dog. I don't know if any research has been carried out in these areas to establish the possibility of this.